Kochi – The City of Future

HomeBlogKochi – The City of Future 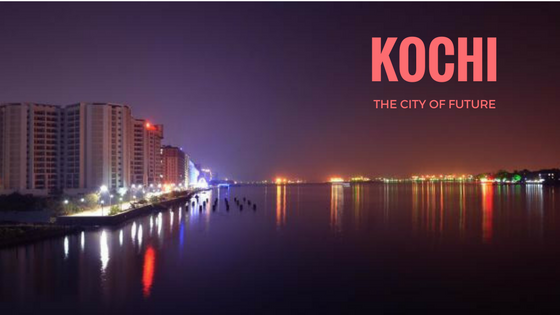 The first Indian port where the Europeans landed was Kochi. It was then a small town in South West India which was colonized by the Portuguese. Later on it was captured by the Dutch and then by the British, who gave it the name Cochin. Kochi is the new name of this city. But among the high rises and villas in Kochi, one can still spot some old buildings showing Portuguese heritage.

Over the last few years, Kochi has changed beyond recognition and is today one of the fastest growing cities of the country. The prime driver behind this transformation in the city is the information technology sector. Almost a hundred IT companies (mostly providing IT services) have already set up offices in Kochi, and much more are on the way. These companies not only provide direct employment, but their presence has a trickle-down effect (torrential effect, actually!) on the city’s economy. The other sectors have a good representation in Kochi as well. The infrastructure here includes a ship repair facility, a CNG terminal, and a bunkering terminal as well. Kochi port boasts of an international cruise ship terminal. There are lots of good schools and universities, along with modern hospitals and attractive shopping malls.

With an educated population, lots of employment opportunities and superb infrastructure, Kochi seems set to become the city of the future. The other bigger cities of India have already expanded to unimaginable levels are now literally bursting at the seams. Whether it is a company wishing to set up a new office or factory, or whether it is an individual looking for a job, Kochi is becoming the destination of choice for the future. Real estate is therefore booming here, and several reputable builders are coming up with new projects to build flats and apartments in Kochi.